Set Up Day for Exhibitors

6:00PM-8:00PM
Paid Admission to our Welcome Reception & Advocacy Fundraiser. This is an extra, ticketed event at $149 per person, with all proceeds going towards preserving the “Right To Rent” and uniting for fair regulations throughout Florida. We travel across International Drive to Mangos Tropical Café & Nightclub (1 block from our Hotel/Conference Center) for appetizers, open bar, and live entertainment with a fabulous Caribbean theme.

The Caribbean Crew is one of the most frequently hired Caribbean Bands in the country. They have won 6 National Awards for "Top Steel Drum Band in North America” and Top Corporate Band in North America”. They have also been voted Best Reggae Act by Orlando Weekly Magazine and they carry Full Liability Insurance. They perform a nice variety of reggae, calypso, soca, dancehall, Beach, Top 40, Latin and Brazilian Music. The musicians are all from the islands, giving you an authentic, Caribbean sound. ​Kick back and relax to the sounds of the islands with The Caribbean Crew, A Steel Drum & Reggae Band. The Caribbean Crew will be providing entertainment during our Advocacy Reception on September 19th at 6PM. 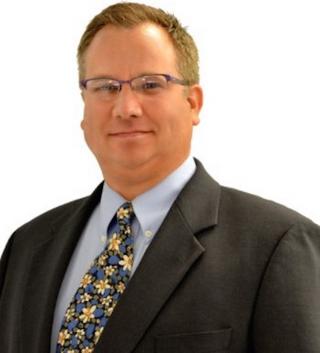 Jacobie is the President of C2G Advisors, the leading advisory firm in the short-term vacation rental industry. As one of the preeminent M&A consultants in the industry, he primarily advises buy-side clients looking to expand into new markets through acquisitions and developer partnerships. Jacobie has been involved in short term rentals, litigation consulting, food & beverage, and real estate for over a decade. He has worked as a subject matter expert on the BP Oil Spill, along with several other cases. A former restaurateur, he is currently a licensed RSPS REALTOR in Tennessee. 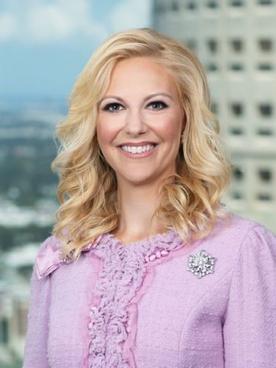 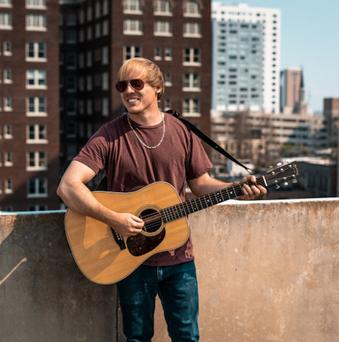 Charlie Shephard is a singer, songwriter, guitarist and multi-instrumentalist who plays and sings songs in a rock/pop style. He graduated from Rollins College in 2012 with a B.A. in Music with a focus on guitar and composition. Charlie plays music all around Florida including Orlando, Tampa, St. Petersburg, Tarpon Springs, Wesley Chapel, Gainesville, Lakeland, Sarasota, Davenport, Leesburg, Melbourne, Vero Beach, St. Augustine, Palm Coast, Jacksonville and other locations. Charlie writes and performs music in his indie Rock band the Spinning Stillness and is available to play live music solo or with a band. Charlie will be providing entertainment during our main reception on September 20th at 6pm 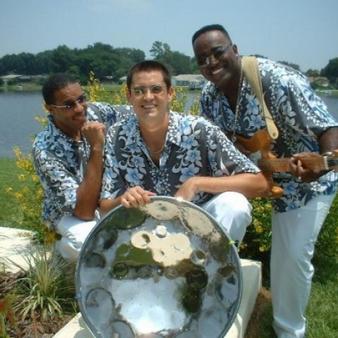 Keith Brady is singularly recognized as Florida’s leading authority on vacation rental law. The emphasis of Keith’s practice is to provide self-funding services; self-funding in that any fees paid are offset by savings in taxes and otherwise. With of motto of Our Clients Don’t Win Lawsuits, Keith provides a fresh, new approach to your legal needs; with new agreements coupled with compliance and conflict avoidance training that all but eliminate the stress and expense of chargebacks, negative social media, and lawsuits via preventative care, much like going to a health coach now rather than a heart surgeon later. 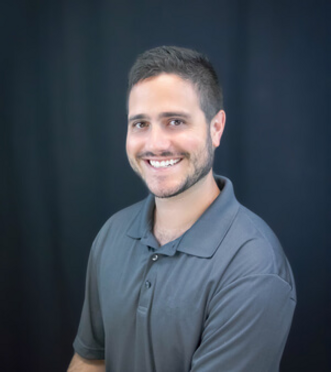 Melanie S. Griffin, Esq. serves as the Secretary of the Florida Department of Business and Professional Regulation. Appointed by Governor Ron DeSantis to head the agency beginning January 1, 2022, Secretary Griffin leads Florida’s regulation of more than 1.6 million licensees across more than 30 fields of industry.

In 2019, Secretary Griffin joined Shumaker, Loop & Kendrick, LLP, an Am Law 200 firm that is the largest law firm in Tampa Bay, as an of counsel attorney, and Shumaker Advisors as senior advisor, business-to-business relationships. Previously, Secretary Griffin honed her business, legal and entrepreneurial skills for 13 years at a prominent Florida corporate law firm, where she served as a law clerk and then attorney from 2006-2019, the last five years of which she was an equity shareholder and the Tampa office managing partner. A commercial litigation and employment law attorney, Secretary Griffin has advised and represented businesses of all sizes and types in a wide range of matters, from simple breach of contract actions to complex commercial cases involving intellectual property issues, real estate actions, non-competition and non-solicitation agreements, tortious interference with contracts and business relationships, and substantive employment law issues such as harassment, discrimination and retaliation.

A proud native Floridian, Secretary Griffin is a triple-graduate of Florida State University (business finance, 2003; M.B.A., 2006; J.D., 2006). During graduate school, Secretary Griffin served the state of Florida as a two-time Department of Business and Professional Regulation law clerk and as a Business Regulation Committee fellow in the Florida House of Representatives Fellows Program. Inducted into the student Hall of Fame in 2003 after serving as student body treasurer and Delta Zeta sorority president, Secretary Griffin first provided service to the state as an undergraduate as committee staff for the Florida House of Representatives and then as the staff assistant to the Lt. Governor in the Executive Office of the Florida Governor. Her undergraduate studies were concluded as a research assistant in the British Parliament House of Commons.

This year, Secretary Griffin served as the 2021-22 president of the Hillsborough Association for Women Lawyers (HAWL). In 2013-14, she served as president of The Florida Bar Young Lawyers Division, one of the largest young lawyers divisions in the country with approximately 26,000 members. She has also shined professionally as the 2011-12 president of the Central Florida Association for Women Lawyers (CFAWL), then the largest women lawyers organization in the state. Both HAWL and CFAWL won the Chapter of the Year Award at the end of her respective presidencies.

As a result of her skillsets and leadership, Secretary Griffin has been an AV-rated attorney since 2010 who has been honored by Super Lawyers for the past 13 consecutive years (2010-2022), Florida Trend Legal Elite for 10 years (2010-2018, 2021), and Best Lawyers in America for six consecutive years (2017-2022). In 2019, Secretary Griffin was one of 50 attorneys in the U.S. and Canada selected to participate in 50 Lessons for Women Lawyers from Women Lawyers. Her Lesson, “Dream Beyond Perfection!” is published as Lesson #20. She has also been recognized as a FSU Commencement Speaker (Summer 2022), with the FSU College of Business Recent Alumni Achievement Award (2017), as an FSU Notable ‘Nole (2016), a Tampa Bay Business Journal Business Woman of the Year Legal Services Finalist (2016) and Up & Comer (2015), an Orlando Business Journal 40 Under 40 honoree (2011), The Florida Bar Young Lawyers Division’s Most Productive Board Member (2011), and as Florida’s Most Productive Young Lawyer (2009).

Beyond her business and legal career, Secretary Griffin has been a small business owner, creating Spread Your Sunshine in 2017. Committed to empowering others, Secretary Griffin has designed and sold inspirational products and gifts, provided professional training services, and served as a sought-after keynote speaker, including to multiple national and international audiences.

Secretary Griffin is happiest when she is building up all those around her, including her husband Mike, son Maverick, and golden lab Molly. This year, the Griffins co-chaired the American Heart Association’s Tampa Heart Ball, raising nearly $1.5M. Additionally, Secretary Griffin previously served as a gubernatorial appointed member of the Tampa Bay Area Regional Transit Authority (TBARTA), of which she chaired the Policy Committee (2017-2019), and presently, she is a Florida Bar Foundation Fellow and member of the Tampa Bay Chamber Leadership Tampa Alumni (Class ’16), FSU Student Affairs Development Council, FSU College of Law Board of Visitors and J.D. Advisors Program, and FSU College of Business Board of Governors.

The Exhibitor Marketplace is Open ALL DAY

8:30AM
Breakfast in Palms Conference Center

9:00AM
A FAVR Welcome and our first General Session Keynote Speaker, DBPR Melanie Griffin joins us.

11:15AM
Financial Success or survival? Avoiding or correcting common operational mistakes that will impact your bottom line. What to adopt or avoid as a vacation rental operator to keep your business financially stable and thriving.

12:15PM
Lunch Buffet & Meet Up with our Statewide Chapter Partners. Discuss what's happening in your region, how to energize your chapter, and also how to start a chapter.

Housekeeping/linen/laundering techniques and best practices in the post COVID environment. What has changed and what has stayed the same? We will also discuss laundering in house vs commercial services.

2:15PM
The Afternoon Break: Join us for a scavenger hunt throughout the Xtravaganza marketplace. Using clues, find a vendor that will share a clue card with you and a free giveaway. Get to the finish line first and win!

2:45PM
Wordsmithing & Visuals: What are the triggers to make your vacation rental listings POP and attract more bookings? The ultimate power of words and pictures, how does this help your OTA rankings?

3:45PM
Being All In, or All Out! Determining the valuation of your current business or buying a new business at the right price point. This session includes financing, growing, maintaining, and/or the management of all the above. Also, knowing when to get out! A planned exit strategy.

6:00PM
The FAVR Reception on site: All 3-day pass attendees and exhibitors are invited to attend. This is our main reception with music provided by Charlie Shephard, buffet items, and a full happy hour with a FREE open bar!

The Exhibitor Marketplace is Open ALL DAY.

8:30AM
Breakfast in Palms Conference Center

9:00AM
Customer service is important, know what to say and how to say it?! VRM discussions and techniques employed to drive five-star customer service. How to respond to "on the fly" questions and inquiries.

11:30AM
Lunch Buffet – Engage in our casual roundtable discussions with your peers over lunch. Our lunch tables bring together like minded and similar size companies and owners/operators to chat about your segment of the vacation rental industry.

Our 50/50 Raffle Drawing Takes Place. Buy your tickets in advance to WIN!

3:00PM
Understanding KPI's and your listing performance. Understanding dates and knowing how to use it for growing your reach and managing your inventory.